“Each solstice is a domain of experience unto itself. At the summer solstice, all is green and growing, potential coming into being, the miracle of manifestation painted large on the canvas of awareness.”

The Symbolic Meaning of the Summer Solstice or Midsummer

The Summer Solstice is believed to be a time of gathering and celebration. It is the longest day of the year – the one with the most daylight in the Northern Hemisphere, while it is the exact opposite in the Southern Hemisphere – when the sun reaches the height of its growth and we can more easily perceive its overwhelming power. Symbolically it means more energy, more passion, more acceptance and openness. The time of year when we should be more receptive to new beginnings and accomplishments and open ourselves, to leave out the old and unwanted and allow lightness and new, positive energy in.

The word solstice is formed by the latin words sol (sun) and sistere (to stand still) because on this day the sun seems to stand still, before reversing direction and starting its descent towards the Southern sky. Which is why, this day is believed to be the confluence of all energies: the perfect balance between darkness and light, the day and the night. Not surprisingly, the Druids celebrated this day as the marriage between day and night.

“And so with the sunshine and the great bursts of leaves growing on the trees, just as things grow in fast movies, I had that familiar conviction that life was beginning over again with the summer.”

Ever since ancient times, the rhythm of daily life has been marked by ancient beliefs and the inevitable passing of the seasons. The Summer Solstice has always been the time of year when people would gather together to harvest and savour the fruits of their hard work, to acknowledge all that they had accomplished through their labours and to celebrate the beginning of summer, a new phase. A time of joy and abundance, to share with friends and family.

Does it ring a bell?

The Connection Between the Summer Solstice and Wedding Celebrations

Getting married at a time of solstice, and in particular on the day of the Summer Solstice, is considered to be very lucky and auspicious. And if you think about it, the highly significant symbolism of this day can easily be linked to a wedding celebration, in many ways.

Love makes the world go round, just as the earth circles the sun: at birth we’re given much love from our family then as we grow, we receive love from our friends as well and finally, when the moment comes, we find a different kind of love and share it with our partner. Each person that touches our life in someway contributes to the overall energy of our existence, just as the joyful gathering of your loved ones for your wedding celebration, will contribute to the vibrant energy of that special day.

On the day of the Summer Solstice, the sun is at its peak, as it completes the cycle of growth. Likewise, a wedding ceremony is a peak moment in time, when you come to celebrate all that you have accomplished together through your love and partnership, through tears and laughter, through great times and hardships; you come to acknowledge your growth as a couple and enter a new phase of your relationship.

A powerful symbol that well represents this season and which can be meaningfully incorporated in a Summer Solstice wedding ceremony, is fire. A fire ceremony or ritual may be found, with different interpretations but deeply rooted, in every culture in the world.

A Fire Ceremony is a powerful Shamanic practice used to release old or unwanted energies, to make space for new intentions and beginnings, which is usually held during the change of seasons or in other moments of transition, such as welcoming the new year.

According to an old African tradition, fire represents the union of two families and it is lit by combining flames from each family’s hearth. This practice is commonly reinterpreted in modern ceremonies, as the couple simply light a fire together. As a special touch, parents or even all the guests may be invited to kindle the flame.

In Hinduism, fire is regarded as a purifier and a sustainer of life. The Saptapadi (Sanskrit for seven steps/feet), is a key ritual of the Hindu ceremony and represents the legal part of Hindu marriage, where the spirit of Agni is invoked to purify the union from all the evil eyes and words, while the couple walks around the fire, praying and exchanging their vows. Sometimes called Saat Phere (seven rounds), the Holy Fire in an Indian wedding ceremony is also considered a witness of the vows they make to each other.

While in some parts of the world, bonfires are often lit as an integral part of the celebration.

But of course, lighting a campfire or even using a small fire pit, may not always be possible. So as an alternative, candles or sparkles can be used to symbolize this element and give a meaningful touch to your Summer Solstice themed wedding celebration.

Whatever your belief and the meaning you’ll want to give it, the Summer Solstice is a great way to begin the journey of your married life. All these connections and meaningful symbols can easily be incorporated in the speech of your wedding ceremony, as a significant reminder of the powerful energy, the openness and the perfect balance of everything that surrounds us.

This site uses Akismet to reduce spam. Learn how your comment data is processed. 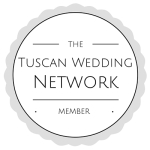